About the Author: Joe Sergi 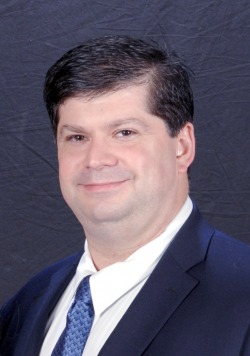 Joe lives outside of Washington, DC with his wife, Yee, and daughter, Elizabeth.

Joe has published several short stories in the science fiction genre, including in the Trail of Indiscretion Magazine (Issue 6/Death Imitates Art), Comics Now! Magazine (Issue 3/Man and Superman), Metahuman Press (Psi-Kotic, appearing monthly), 23 House Publishing/Atriad Press (Nights of Blood II/Give Until It Kills (2009)), Whortleberry Press (Christmas in Space Anthology/The Gift of the Karisma (Nov. 2009)), A Thousand Faces (Issue #10/The Return of Power Boy, (Dec. 2009)),and the Comics Artists Guild (Worlds Beyond/It All Started with a Mouse (2010)). In addition, Joe has published numerous comic stories, including The Red Line (in U is For United), Economy of Scale and The Phantom Rickshaw (in From Here to There from Resolution Comics), The Body and Through the Eyes of a Child (in CGS Anthology 3), , The Prisoner   (in Tales from the Comics Experience 2010), Iconic 2 (Guild Works Publications (forthcoming 2010)), and Carnies (a three issue limited series from Resolution Comics (Forthcoming 2011)). Joe’s first young adult novel, Sky Girl and the Superheroic Legacy, was released earlier this year from iEnovel (see www.skygirlnovel.com for details).  In 2008, Joe was selected as a semi-finalist in the Who Wants to Create a Superheroine contest sponsored by the Shadowline Imprint of Image Comics. Joe works as an editor and runs the Cup of Geek website at www.joesergi.net.

When he is not writing, Joe works for an unnamed government agency.